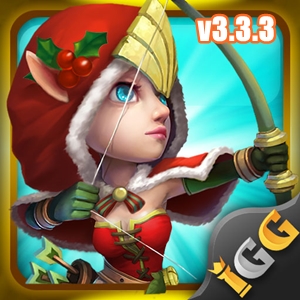 I played it a good deal when I was younger and in the last month have started grinding it again.

Only concern is the new UI is really unpleasant to get accustomed to.

I didn’t play this game for 4 or 5 years and I could still recall where everything was.

Then a few weeks later they alter the UI for heroes and upgrades.

The UI isn’t horrible but if you’ve been playing for as long and as casually as I have is incredibly difficult to get accustomed to.

After playing CC virtually every day for the previous 9 years I no longer desire to play this game anymore.

Every time when this game gets refreshed it makes this game more and more complex.

Shouldn’t it be moving opposite way?

The recent update on the heroes altar was the worst thing that occurred to this game.

No longer desire to enhance my heroes.

The whole altar is screwed up now.

Can’t even discover where to devour a sacrifice.

I hope I could downgrade.

I played this game ages ago, and it doesn’t appear that changed.

It feels like a more rapid paced clash of clans and I appreciate that.

Maybe give them a hero damage modifier, like triple damage to heroes, or simply give them a direct damage bonus, however as of right now all they do is create noise.

I was play that game a lot of times in the past and I really appreciate the really version, the heroes, the tropes and the buildings offer us a wonderful experience, I’ll hope better things after and discover new ways to expand the kingdom quicker.

Love the game but after the recent update everything is all reorganized and am no longer eager to progress my heros, can’t even locate where to quickly swallow a sacrifice.

Maybe I will grow used to it but after 7 years of playing daily it’s aggravating.

Wonder if there is a method to remove update?

Other than that I adore the game.

I’ve been playing this game for 9 years, Love all the hero’s.

Castle Clash is not limited as much as other Moba’s to how much game play you get.

I am an involved paying gamer but, Free event’s are growing sweeter all the time.

Would suggest if you like Midevil Stratagy, and have the time for a nice challenge.

It’s enjoyable to play this game even if it’s a little bit complicated, but I getting a method to do it nonetheless, it’s like a strategy game..?

There’s a lot of war games to play and heroes, when you got bored in 1 game there’s another and another one you can play it, I promise this game is very addicting!

I played this game some years ago, for many, many hours, but since then I’ve gone through 2 new phones.

Beginning anew, a fresh account, several upgrades later, hardly remembering how to play, yet this is one again, hands down, my favorite move game, of all time.

It seems very easy and satisfying to get back into and I honestly would encourage, everyone, who enjoys games like this, give it a FREE try.

It is a really sensible game to be honest… the new UI can be a touch aggravating but generally its nice.

Playing this for 4-5 yrs now and still enjoy it!

fantastic fun game and you have alot control of fights on the battlefield and also have your building of property and units it good it has it everything and that with free play,I’d think wth cash spent it could only become better but you don’t have to \sPossible to

1. Easy choose hero in base.

Scroll to hero not good.