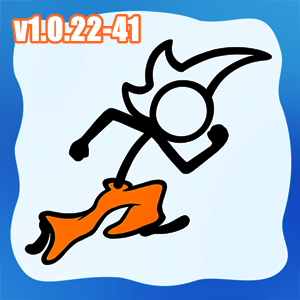 not going describe the gameplay, because is wonderful, same as the looks.

the backgrounds and animations are excellent.

I have to say, the soundtrack is so fantastic yet disappointing at the same time.

it contains some of the finest melodies and instrumentation ive ever seen, unfortunately the songs are too short and as they start to become really nice it loops.

it really had so much promise that wasnt properly explored.

remains a 10/10 though, worth more than free

This game is wonderful!

The visuals are quite excellent.

There is just one location where you can see an incomplete wall, but you’d have to be looking for that type of stuff.

There are a few of secret potentially unintentional technology that make the game that much better.

All there is to say.

The game is in my opinion 10/10 and the one of the greatest free mobile games out now.

The movement is fast-paced with charmming hand drawn components.

Each level is filled to the brim with exciting design and goodies.

Character customisation is modest yet still vety good with over 100 (total) methods to make your character distinctive.

The game typically does an excellent job at making you want to come back for more as this game is essentially the only one on the market thats free.

It’s a terrific game and it relives the times in Fancy Pants when it was in Mac and PC.

I only wish there was a zoom-in option because everything is little.

The frame perspective is greater compared to the PC versions and this is much more difficult to perceive while using phones.

It simply believe it destroys the sense of travel and adventure if you can notice surprises by merely stepping a few pixels away.

I can hardly see the characters and I’m near sighted.

It’s not nice on the eyes.

I truly adore the game as a long time fan but there is only one problem… The game doesn’t store your progress when you switch it off.

I tried various techniques on attempting to get it to save but it wouldn’t.

It just stores your progress for that session which is disappointing because my phone clears applications automatically.

If that feature can be introduced I’d enjoy that!

Also I’d like more levels since I wish never stop playing this game!

I just got done beating this game!

I obtained 100% completion on every level, performed all the challenges, located all the bottles, finished all the micro-trials, earned all the trophies, and completed and all the golf courses.

The movement in this game is smooth, and the controls are relaxed.

Also, the images are expertly mixed between delightfully cartoonish and hand-drawn, to liquid-smooth movements.

Not to add, the narrative was over the top, and the conclusion was really emotional!

As a gamer myself theres a few quirks that need to be sorted out.

I am a great admirer of the series too.

Might be a little more simpler to handle the Fancy Pants character better.

I have observed a few errors in the game and certain animals require a little teaching on how to beat them besides leaping on their heads.

Example: The parrots, the crabs and the Pirates.

Top grades, A+, finest performance ever.

This game is incredibly enjoyable, tough but not too so, and best of all, is NOT abusively commercialized.

Does need an option to increase the buttons.

One thing I’d want to see is a speedrun mode with a timer and quickly move to next level.

I only wish there was more, but eleven hand-drawn levels is no easy job.

And programmers, when you build world 4 add in a few more boss bouts pls.

What a wonderful game!!

The animations are basic albeit excellent.

And the controls are incredibly easy.

I am literally out of words and can’t convey how fantastic it is.

The plot, background music everything is so calming and amazing.

Great effort by the programmers…

Would want to see more of similar games or probably next editions of this game itself.

Great gameplay and the controlls seem pretty snappy and they didn’t scew up touch screen controlls like some other things do.

I do think they should have found a way to incorporate World 1 and 2 in the main tale.

The game may become extremely challenging at the conclusion, but it’s still fair.

I think the last boss battle needs to be made harder it’s incredibly anticlimatic.

Most enemies are sort of easy.

The exceptions include parrots, pirates, and ninjas.

I adore this game!

Storyline, visual style, entertaining game, only thing is the commercials.

Initially it never had any ad system but too many advertising today.

World 1 and 2 were difficult to unlock (which was a good thing) but regrettably you can access them by viewing advertising which undermines the sense of success.

Please remove advertising from there

I played this one th pc years ago, and the phone game is extremely entertaining!

The world’s are much like the computer game, and the story line was a wonderful task.

I’m still working on getting everything more finalized.

(Each level is complete, although some as low as 40%!

That one was definitely a challenge)

Great platformer, just as entertaining as the Flash version I remember from eons ago.

Controls are a touch janky at times but are servicable.

You are unable to angle some wall leaps as you are able to do on console/PC, but it doesn’t prohibit you from reaching any locations or goodies.