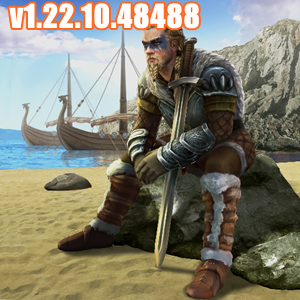 Not bad… enjoy the game but the repair table… “each thing has its own repair time” its not real!

Every and any item requires 24hrs.

I think that based on the item there should be a certain time to repair!

Or just to throw it out there… in case if nothing changes and we still have the 24 hrs to totally repair anything can we at least be able to pull it out of the repair table if we no longer want the item to be fully repaired?

Like if I desire to change stuff at the mifdle of repair I can.

Gotta say very much virtually the finest game out of its zombie/survival genre.

Only reason for 3 stars is 2 reasons, 1. Skill and class system needs a little improvement so that all of it can truly operate together and freely, 2. There’s no purpose for a res timer to exist if it’s going to run over 40 seconds, anything over is much too long.

The only negative therefore my 3 star rating, which I would want to make 5 stars, are the fact that weapons shatter so rapidly.

The fact that I have to run through 3 to 4 pricey weapons in one dungeon only to clear it, is nearly not worth the dungeon awards.

I want the devs could enhance the durability of weapons greater, even twice what it is right now.

That would make the whole encounter an incredible delight.

It’s not perfect but it’s the greatest game of its sort accessible.

Once they solve runes and the balancing issue I think it will be as near to a flawless mobile game as may be.

Just needs more stuff which they appear to be working on as well.

I’d advise you give it a try 😊

Hi I have been playing your game for a couple months now and have paid money to support this game and it is fantastic the visuals, controls, and classes are all awesome but I have one concern I don’t believe it should take one day to repair 1 item.

I would understand if legendary or set things took a day but not purple or blues could you modify the wait time dependent on the rarity of the item and I would update my rating to 5 stars and continue to support a fantastic game thanks.

I do enjoy the game.

Being half Norse viking I had to download and play.

I have no concerns with the mechanics however it is comparable to other survival games of it’s sort.

I do have some concerns with how you lose your inventory when you die.

I think it should sit where you die until you can go and get it or someone else does.

Plus the pvp in some regions.

But adore the game!!