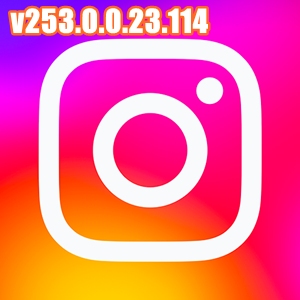 I’ve been using this app for about 3 years to upload my paintings and communicate my pals.

But as of late the app has ceased responding.

The first 2 years I had it, it functioned great.

But the last year it’s been quite sluggish.

Even after obtaining a new phone, upgrading it frequently, and even clearing unnecessary storage.

the program sometimes bugs and the dark mode turns bright.

but what truly annoys me the most is the ‘search in conversation’ tool.

for one it takes incredibly long to load after searching.

two, it isn’t very accurate since most of the time they lose out on a lot even if the the keyword was in the text.

thirdly, I also hoped they showed the texts in chronological order.

I know instagram isn’t mainly a texting app but it would be awesome if they improved this function.

I use the app a lot but it feels like devs aren’t putting in as much work in anymore.

Constantly having issues where I can’t swap account or it shuts me out of everything.

At least once a day, alerts and messages take a long to refresh.

Also sharing doesn’t exactly take you where you want to go first time.

Now it’s a stream of tales, practically redundant to Reels, with adverts every second Story you scroll through.

The Plus button to add material only works half of the time, thus there is an issue there also.

None the less, the app is still a social media app and completes that purpose effectively enough.

I ceased using social media for a nearly 5 years and just started using it again to keep up with some close friends who are traveling aboard a boat.

I liked it more before it got highly marketed.

I don’t really want to see anything on my feed that aren’t shared by my pals.

I think it’s a terrific concept for sharing photos, art, and unique occasions.

Instagram is a nice way for me to contact my friends, however there are tiny bugs where occasionally I’ll be typing out a message and the send button vanishes and I’ll have to reload.

Other things to notice is that occasionally the messages won’t come through and I’ll have to reload to view them which may get bothersome.

Other than that, I don’t have any difficulties.

To the developers of IG: please let users who are viewing photos to be able to see how a posted photo looks by quickly changing the filter on it so if anyone posts a photo and you tap on it there is an option as a viewer of that photo to adjust the filters that lets you customize your view of any photo easily.

Please consider doing this since it will considerably enhance the user experience if we anytime watching a submitted photo from other users to conduct a fast filter adjust as viewers.

the notice does operate well.

I receive alerts for messages only when I open the app, answer the message, quit the app and after a couple of minutes it comes(the notice about the message I’ve already opened) 🙄

additionally I’m irritated with feature when you view one article and the app determines that you done and scroll to another one. 😑

and that I can’t fully read the text behind the post, because it pushes me down to the next post when I merely attempt to read the text

Being an influencer has actually helped me learn a lot.

I enjoy the capability of posting an image along with a music on my narrative.

Not the other way around like it is today.

It is a pretty wonderful app and I like using it to share artwork and things that I’m doing with friends, family, and even new people!

There are a couple flaws that upset me quite a bit, however.

When I go to reels, the audio doubles up, and I have to leave out of it and go back in to correct the issue.

When I try to construct a reel of my own, the audio I’m using will play over and again in the background, and I have to save my reel as a draft, quit Instagram altogether, and then reopen it and retrieve my reel again