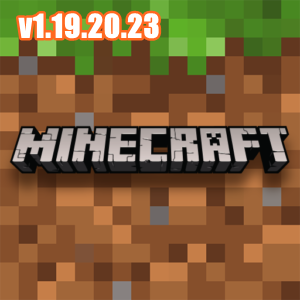 You can’t update the version or change it at the same moment as other users on different platforms and devices. This makes it hard and sometimes impossible for people to play together and makes the skins system dumb. It is difficult to import custom skins to xbox. They also don’t appear half the time. It is also strange that I have been killed multiple times while building as a bug. It is still Minecraft, and people can play it on their mobile devices.

It’s a pretty good version of minecraft. This is a great option if you don’t have the budget for a console/PC. You can also use a keyboard or controller if you wish. It’s only because it loads infinitely when I attempt to use servers while on mobile data that I did not give it five stars. Great job Microsoft/Mojang

I want to FISH! This edition works as well as the console version. The pocket edition is my favorite because it doesn’t give me migraines like the other screens. However, I cannot fish. It is possible to get something out of 20 casts, but it can glitch and give me nothing. Then my pole starts casting non-stop, without me touching it.

It is fun and entertaining. You can play the game solo or with your friends. The only thing that I dislike about the server is the lag, especially in Marketplace. Sometimes it doesn’t load my character with the helmets and clothes I purchased, so I have had to restart the game several times to get it to connect. The game is fantastic, except for the connection issues and lag.

Although the game is great, there are still a few things that need to be fixed. 1. There should be a button on the screen that allows you to switch between first and second person POVs. 2) We should be able hold any object on either our left or right hand. Redatone tricks in Java allow a block to be released by a sticky piston when activated and deactivated within one tick. This trick should be included to make redstone more simple. There are many more, but they are not required for now.

This game has been a favorite of mine for many years. It’s been years, I don’t know how long but it is a very fun, creative and enjoyable game. It was enjoyable every time I played it. However, I have some problems that I would like to share with you. Marketplace doesn’t work as well. My characters wouldn’t load in the main menu or world, and I experienced data loss of addons and worlds. Edit: Hey mojang! I found out that the problem only occurs when I use my house wifi. Please, fix this problem.

Although I enjoy this game, I am disappointed that I can only import one customized skin at a given time. The first one is not saved when I attempt to add another. It would be great if all my custom skins could be stored in the “owned” section of the game. If this simple UX issue was solved, I would definitely rate higher.

Although the app is great, there were some bugs in the 1.19 update. The faraway animals look lagging in the animations, and the game can sometimes feel a bit laggy. Some animals just seem to have fallen off like rain. Add more futures if you can. For example, the dolphin power thing gives you something stronger than blindness, and when you search for a friend, there will be something similar to a text message that you can send.

I HAVE SOME THINGS YOU CAN FIX 1. The first is to enable the option to hide or unhide joystick buttons that are not in hotbar mode in the settings. 2. The second is that to change the angle of the camera, we need to go back to settings every time. This doesn’t feel right. So make a shortcut button. 3. The third is that we can simultaneously hold torch or totem with our other hand so that mining becomes profitable. This game is amazing and one of my favorite games.

Many improvements have been made over the years. Vertical slabs would be my favorite addition to the game. It would be great for buttons connecting to walls, doors, levers, etc. This would allow buildings to be more customizable.