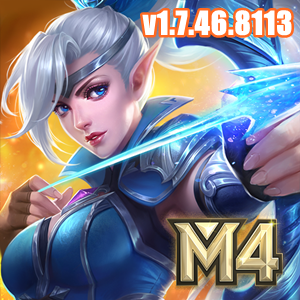 Nah, after the new year’s update (2023) the game generally crashes, both in-game and in the lobby.

Fr, you need to optimize the game.

Now, I can play approximately 5-10ms, occasionally it gets up to 250-285ms but not that frequently.

Just yeah, you know what you can do when the screen freezes.

Even I attempt to chase and kill the adversary, it can only run with the analog but can’t use Basic Attack/Skill, what a waste of cash 😒.

This game is simply awesome!

I like the aesthetics of the characters and everything but it slows ALOT!!

Well it is intended to lag, but every every time.

That time I was in a combat and it frooze.

I couldn’t move or do anything, I was utterly stuck.

And I gave the enemy a free kill.

Cause I was COMPLETELY freezing.

I believe this game is good.

Been playing for more than 5 years now, and this game still has lots of fresh events, characters and modes to offer!

The visuals and mechanics are very fantastic, plus there are tons of varied talents for every heroes thus I really advocate this game!

For serious though one thing that would be amazing is to have additional modes.

I know there was formerly there were modes constantly, currently it’s fixed to 4 without any new ones (like mirror and similar!)

I had a very entertaining time with this game, wonderful events, good awards.

I see that a lot of people mention how sluggish the game is and honestly I suppose it’s the device and/or the network you’re playing on, as playing on any one of my devices is not laggy and has zero frame rate drop; also this game is 3d and multiplayer so that would also add to the big latency.

But sorry if this is not the case with you and the game actually has something wrong with it.

Issue is that most characters are worthless or excessively powerful.

Some I know and loved in the past can’t stay up to all the new heroes and revamps.

Hard to play the og heroes without getting killed for a 10th time cuz the skills is just out classed mine in every manner.

Like Natalia, she can become invisible and everything but so absolutely weak then yin comes in and simply shifts the course of the fight with ease with his ult

I absolutely adore MLBB but there is one thing that I despise, and that is being able to go to the opponent jungle and ruin the jungle farming in the early game.

I hope that you would consider creating a barrier to prohibit opponents to get into our domain and disturb our forest.

Even it its a strategy, its a pretty frustrating one.

Other then that, the game is fantastic and I hope you will add a fourth talent to Yin.

Soo, my nonexistent talents to this game aside (with individuals excessive in their play styles as well), it has a boring tendency of reverting to the main menu – no matter what you’re doing (until in a match) (unless in a match).

During the lesson they force you through, while trying to add/msg buddies, clear away awards and other stuff – essentially anything but match-playing.

Good game, it has beautiful visuals with pretty awesome heroes and skins.

There is one thing too..

I keep being disconnected to some matches due to my internet however my internet is 5G and the game indicates my net is either yellow or red.

I want this solved for much more better experience and I would also like you to address all the game crashes that is occuring.

It becomes pretty aggravating because when I play, my game crashes occasionally and I had to relogin and wait for 5 minutes to load in the match again.