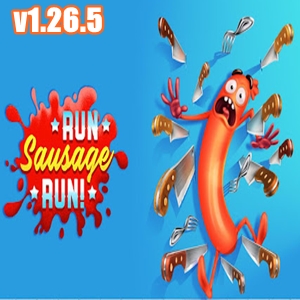 I haven’t seen any advertising yet and I love it

I believe that this game is really nice and everything, however when you press the crown symbol, and the achievments come up.

Its not what you have to accomplish in them, its how they depict them.

Recently, I had been reading the achievments, seeing what one I wanted to achieve.

I discovered the get hit by hammer 10 times one and attempted that.

At first, it was fine attempting to attain that.

But when it shifted to the garden I had no notion what the hammer was meant to be.

That was my only concern with the game, though.

I like the game a lot , especially with the recent huge update.

it’d be good if we could pay an amount of cash to skip a quest?

they are very easy but there was also a handful that were incredibly challenging for me.

however now having them finished I have so many coins and nothing to do with them.

waiting for another huge update with new skins powerups and places to unlock.

this is a super enjoyable game.

I think the expressions on the small character makes the game much better.

I really like the concept as well as how in different scenarios the same trap might happen, only in a way that match the accompanying theme.

I really like this game is really addictive and mainly nice to play, the only thing that makes me not give it 5 stars is that very obnoxious ads and when you want to revive you watch the video but sometimes it doesn’t go through and you not get rewarded and have to start over.

Other than little yet slightly bothersome stuff like that, this game is incredibly entertaining.

pretty easy to obtain all accomplishments & it’s not required to spend real meony unless u re anxious to gather all outfits.

It works perfectly properly in the phone (asus x00pd).

Not really, u may skip most of them.

I just exprience one humorous glitch where (rarely happens) I can cross an obstacle without being killed lol \sI can’t stress this enough, this game is fantastic.

These are my reasons why:

1. The game may be played offline

2. The skins are funny and really fun to acquire 3. There are so many different modes

4. People complain about adverts but just put your gadget in aeroplane mode

5. It never gets boring

This is why I highly suggest downloading this game.

This game is incredibly fun/funny for exsample: when you come up after runing your guy

Does a little wobbling and theres like 1,000 skins and you unlock a new one every day furthermore there isn’t many advertisements

unlike some of other games its like play ad play ad!

at the worst times like when you’re on a REAL hard level on the last obsticle and then BOOM!

next thing you now you’re being chopped in half!

BUT over all its an excellent game and you should download it.

Very entertaining and pleasant to play!

I suggest you everybody to get this software.

But one problem, when we play race, the other players seem little, slender, and very short.

I hope you can solve this, other than that the game is excellent!

The skins are fantastic and there are loads of variations to select from.

However occasionally when I attempt to play the sausage won’t move.

It’s still entertaining however when it works

I was wondering maybe put out an unlocked stage where its adults only with more blood and gus?

That would be amazing and maybe some more stages .

Still liking the game as is but

Only thing the control’s.

My notion is that when you want it to run and go low you hold.

But if you leave the screen the sausage will stop and when you tap it will run sluggish.

Otherwise this is a pretty decent game.

I do suggest downloading it.

It’s a terrific time killer even if you just have a few min.

It’s also pays you for dying and it’s always a good chuckle every time you die.

Just wish there were more maps.

Currently only two but still nice.

Well everyone that thinks theres too many advertisements, you can just eliminate the commercials by utilizing airoplane mode or to just remain offline, then you may play as long as you like without ads.

Apart from all that, I truly adore this game!