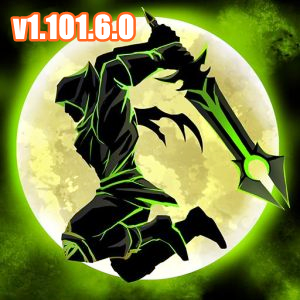 I enjoy the battle style, the aesthetics, and the simple method to grind weaponry and armor for anything in the beginning.

been with you for some time now, no complaints however all my players are champion level, don’t be stingy with the diamonds dude.

It’s predominantly green and yellow, with reds every now and then but the diamonds are rarities.

Hook it up every now and again.

It stinks but meh I work here so…

(Jk, but no honestly this is so nice no, it’s wonderful I like the visuals and the style, and also the story is great especially the quest this is so fun.)

Well I have to say this is the coolest mobile game I’ve ever downloaded ever of all time LOL straight up!

There’s so much you can do upgrade change and what-not awesome experience!

Tbh, generally it os amazing but like the others mentioned the ranking is a little unfair so please improve it to let the same leveled people play fair amd square.

This is a pretty nice game and I love playing it, it’s just a bad that the tower doesn’t load fully.

I know there is supposed to be many of adversaries, but there is so many that the game freezes from attempting to load them all.

Even if it stops and doesn’t let me move, the timer still goes and attackers may still strike.

(I hear them attacking while they are frozen on the screen).

While still freemium, all cash shop products may be obtained in game, and pretty fast, at that.

The action is quick paced and enjoyable, the graphics are stylish and attractive, and the advancement is intriguing.

However, it is very evident that the character designs and skins borrow ideas from… elsewhere, if you catch my drift.

There is a lot to do, and the gameplay is entertaining, that’s all that truly matters.

Just a few modifications would make it great though.

We have no idea what the ore does until we receive them via craft or crystals.

Second, the controls are a little bit sticky which is most certainly 50% of the reason why I die.

If it is only me feeling that the controls are sticky, then please include a setting that permits positioning and size modification for controls.

On a side note, you guys doing an excellent job being generous with crystals.

The characters are cool and their talents are excellent.

The visuals are fantastic and costumes are great and stages too.

I simply want for more stages.

It would be amazing if it’s possible for two characters to play at the same stage, it would be great.

My concern is that we only have 4 talents to employ for the characters although we have 8 skills.

The are those like myself who would construct a combination that incorporates all talents from that single character.

I hope the upcoming versions would provide us that,Thanks.

Nice graphic style and gaming mechanics/attack combinations but, it’s really pay to win and has a ton of advertisements, and on top of that it has a bad machanic of watch ads to become stronger.

Weak tale, they would be better of without one.

It features a nice PvP option that needs wifi connection, but it appears like it’s not realtime, it feels like your simply battling a robot.

If you like hack and slash fighting games with combinations and don’t mind pausing each 2 levels to watch 3 minutes of advertising to earn a better piece of equipment, then you’ll appreciate this game.

I enjoy the game itself, the visuals are good and I love the diversity of guns and other accessories.

It’s incredibly intriguing, you don’t grow sick of it fast.

The only problem I have is that I couldn’t get into my Google Play account and my progress wouldn’t save consistantly.

Sometimes when I logged out it would send me back a bit or entirely to where I was before I got on.

I hope you solve this, I love the game but I had to quit playing it since the saving stuff was so aggravating.

It’s a good game, Graphics are good and I haven’t experienced Any difficulties yet.

I Definitely suggest downloading,the controls are easy to use however the leap and dash buttons are a touch too small for my liking.

Overall it’s an excellent game and I had pleasure playing it.

Short edit,while I was in the midst of the game I discovered that the staff wielding creatures cause much too much damage.

The game is extremely enjoyable.

The only concerns I have is one: this game is pay to win.

I payed 20 bucks and progressed from bronze to platinum in the arena.

Second: the obvious lying in the store.

Every item promises to be at a 90 percent discount.

These goods are straightforward improvements that claim to initially cost 30 bucks additional.

But other than that, the game is incredibly entertaining.

I hope they add more campaign though.

I able to finish the campaigns standard difficulty in approximately an hour of play.

Fun game, I enjoyed it.

Only problem I have so far is, the fluidity of the animation, I have a mid range phone, it states on the in-game-fps meter that the average I have is 60 fps, but when confronted against multiple foes, it lags so terrible, that the next thing I know, I soaked up a lot of damage.

Also, I would advise that you add more voice to the character, I got accustomed to it very soon.