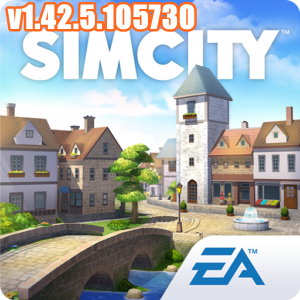 The world market is in desperate need of an overhaul; it is constantly flooded with products that are either too specialized or too generalized to be of any practical use at the present moment.

Perhaps a filter to help organize the stuff would be helpful.

Even the war supply depot is useless, as it repeatedly offers the same materials even though I need different ones to initiate a catastrophe.

It’s a terrific game apart from that, though.

It’s not a pay-to-win scenario, and the visuals are solid.

A must-have for fans of city-building games.

The game has a few bugs.

During battles and Design Challenges, I often have trouble connecting to the internet despite the fact that I actually am.

Time permitting, I’ve attempted to submit solutions to challenges, only to be told that I lacked an active online connection.

More and more often, and it’s making me consider quitting the game if it isn’t resolved soon.

I was able to take my progress from my laptop to my phone, and everything worked properly.

The only issue I’ve had is that occasionally the game will crash and I’ll be sent back to the home page without having exited the program (this includes anything I’ve brought from other cities or area expansions etc8).

A fun game with a lot of room for improvement.

The amount of competition and difficulty was perfect.

Unfortunately, certain desirable improvements—such as the speciality roads that would greatly improve each city—are just beyond of reach financially.

It would cost more than 100,000 similions to build a road that would completely encircle a small development.

Vu- should be optional, and the war coverage is foolish and obnoxious.

The nighttime mode is irritating, especially during challenges, and there should be an option to switch to daytime.

Improved efficiency in grouping similar items together is needed.

Despite my appreciation for the game, I can’t give it a higher rating because of the many sneaky and underhanded methods the developers persuade you to spend money, even unintentionally — for example, when upgrading storage or purchasing expansion goods, there is no confirmation pop-up.

I don’t know how many times I’ve unintentionally made a purchase because I was attempting to navigate and pressed a button instead.

The game is fun, however there are too many instances where I have to wait 1-2 minutes because of a bug.

Whenever I go to put in stuff for collection, that’s when it happens most often.

When I do that, the voices seem to get a bass increase and the system starts glitching badly.

It would be nice if in the future patch, players were given the choice to halt the upgrading of certain structures.

In order to enjoy the city simulation, more variety in building designs and styles is required, and those obnoxious yellow hats need to be kept on the ground.

For the sake of a well-planned metropolis, I’m also rooting for the inclusion of a “Builder option.”

Most other games out there are very player-focused.

I really really wish you were also included.

There’s a lot to do in this game, making it perfect for passing the time.

Although I highly recommend this game, I do wish that some of the game’s more difficult achievements weren’t so time-consuming to obtain.

The game doesn’t allow me to choose my own speed.

There is no relief from the constant interruption caused by the word bubbles, and they are boringly repetitious.

Whenever a new requirement becomes available, I have to rearrange things to ensure enough protection.

If I don’t, the game will keep nagging me until I give in.

In all candor, at the sixteenth level, I reset and begin over.

Also, I believe that Dr. Vu may become a time-sucking game that will take all of your free time attempting to keep up with the pace if you meddle with it.

It’s impossible to halt it.

The Simvironment continues to function passively.

A recent update confirms that Dr. Vu has no bearing on the tempo of play (at least, not at my level of play).

If you pay, more features become available, making the experience MUCH more enjoyable; nevertheless, you’ll need to participate in order to get the most out of your money.

That’s a great game that wasn’t too expensive.

I have played this app on and off for years, and I have always bragged about how reasonable the in-app purchases are.

Apparently, greed has taken control, since there are now Challenges where using Sim Cash is a requirement or else you’ll fail.

In the past 30 days, I’ve become increasingly hesitant.

Perhaps another extended hiatus is in order.