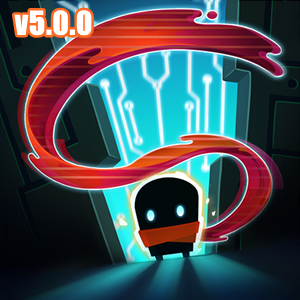 I’ve been a faithful Soul Knight player for years now.

It’s been a pretty excellent game, whether you’re playing single-player or with buddies.

So many unlocks, and each update never ceases to excite me.

My only problem is that it is somewhat sluggish, but I can just dismiss it, given the fact that maybe it’s because of the phone, but my second concern is that it’s becoming much more “pay to unlock this thing game.”

It’s only that the great majority of skills/heroes/skins demands an IRL money.

By far one of the greatest rogue-like game out there.

I’m very sure it borrowed many influences from Enter The Gungeon, but it has made it a game of its own own as well.

There is so much material and the longer you play the better it grows as you unlock new characters and weaponry.

There are some premium extras but you won’t be missing any crucial gameplay from merely being f2p.

I have been a long time gamer, but approximately 6 months ago I stopped playing to focus on education because grade 11 scores are vital for university/college.

The game has always been pay-to-enjoy but now it pay to win.

Because you may either spend substantial time grinding for a skill, or buy it.

Especially with the season coins, they are extremely arduous to collect.

It is not worth it unless you can sacrifice your dignity on coins.

It destroys the experience.

Everything nice is locked behind money

Plus you received pets upgrades bonuses semi and permanent.

I have been playing this game since it was released and I can never grow tired.

There are countless ways to play the game with different character and weapon combinations as well as frequent updates with new game modes and events.

I strongly advise leveling up the knight if you want to utterly crush all of the bosses in the game.

Despite having played the game for years I only recently found out about some melee weapon combos which demonstrates how much stuff there is to find in this game.

I adore this game.

the fact that you can, after you die opt to watch a commercial to continue on but then have to do it it later is wonderful.

the home base is pretty amazing with great charecters so you keep interested.

the wide majorety of weaponry and mobs is great.

the celler is awesome to.

the only thing I wish could do with this game is go in the celler and chhose a gun to start with.

edit: can I use online multiplayer on ios and how?

this game does have some innovative elements though and those mechanisms are quite cool.

But If you can, simply play Gungeon instead it’s a better game.

Update IOS version please, so I may play with my friend, because last time this game had update at android v4.3.8

I can’t play with my buddy anymore since at IOS platform doesn’t have update, this game is extremely entertaining especially playing with pals.

Hope that the developer will promptly read this review.

This game is excellent it is enjoyable and has a really beautiful growth structure my only gripe is it doesn’t tell you what some symbols represent for but it doesn’t matter too much.

I would say this is a bullet hell style and the soundtrack and bossfights are fantastic.

Really enjoy it and playing it is not stressing like other games.

It has a lot of stuff to do and I really enjoy what the game is built on, the only issue is that I loved the old textures and characters like the blue cat and the Knight dog, they appear a bit serious and only the pet dog looked more cool.