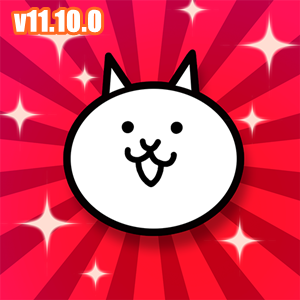 The game’s addicting and pretty entertaining to play.

A feature I may consider adding in the future if feasible is the option to show the sort of adversary, like regular, red, flying, etc.

A bit of a quirk I observed is that for the third legend stage, for the speech bubble adjacent to it, it comes up as an error.

A lot of times, people suggest you need to whale and pull plenty of super rare units to win.

The Battle Cats throws this on its head, extremely rare troops are highly powerful, but specialized and pricey to deploy, meaning that effectively employing more basic and cheaper to deploy units is the key to success, even if you’ve got something super powerful waiting in the wings.

Don’t buy the Empire of Cats skip unless you’re a returning player, it’s long but it is the game’s tutorial.

The game is fun and I love it a lot even though im just starting, however for some reason the game crashes when I attempt to play a level.

When I got to the Philippines stage it kept crashing when I almost beat the level (I had to retry it a few times cuz of it) then when I went to the next stage it crashed as soon as I started.

I’m not sure if it’s the game or my device (galaxy tab E) that’s causing it.

I simply want to say that this is the finest mobile game I’ve ever played, and 500 characters isn’t nearly enough for a proper review.

There is an almost unlimited number of stuff to do and gather, the gameplay is extremely easy to understand, and I adore discovering the greatest kitties to utilize in the harder rounds.

Recently I lost my account, but I called support and they answered incredibly promptly and they got it back for me.

This is my ultimate favorite mobile game, thank you so much for developing it!

It’s a pretty nice game, I’ve had to restart 4 times but I can easily go back to where I was with no problems, the only problem I have with dis game is the energy recharge method.

It takes a total of 6Hrs and 30mins for my energy to fully recharge, my energy is standing at approx 420 and seeing as most stages r 50-70 it takes much too long to get anywhere unless u replenish energy with cat food, I would like if u changed the recharging mechanism a bit faster, otherwise amazing game.

It’s obviously not an internet connection issue on my end.

Anyone else having this issue?

Will it be rectified soon?

Thanks for the fantastic game.

The game is generally excellent and it is quite basic but the difficulty steadily grows harder which is a nice challenge.

The only thing I desire is for there to be a means to store accounts and not simply have the key numbers for the account since it is extremely simple to forget or get lost, after all I myself wrote down my numbers on a piece of paper but ended up losing it and my complete account which had dark kasli in it.

This game was great, down to the lovely kitties and the global conquest with these cats.

This could be a foolish premise, but it was implemented so wonderfully, and the thrill you feel when you defeat a boss is great, since you invested all this time and it’s come to this point.

When you complete Ch. 1, the conclusion screen makes you think,”Wow… that was a fun game.”

Anyways one of the finest offline games ever, thank you PONOS

I think it’s vital to consider our feedbacks as it’s a duty for the creators, so first thing first I enjoy this game so much and already addicted to it.

the only difficulty i’m encountering right now is being locked on a certain map indicated by lacking of counter cats I have.

for numerous reasons the gacha system doesn’t feel very pleasant since it’s too pricey to afford.

so new players including myself wouldn’t be grinding so hard to gacha,thks.

I simply had to rewrite this.

But this is a terrific game.

And could you make events run on just a bit longer?

My energy bar is stuck where it isn’t loading.

Pleas help with this.

Just wish there was an option to sell cats at anytime for XP instead of just when you first get a new one, and energy level to be sped up some more, to give longer game play for players.

Hope this will be something to be looked into.