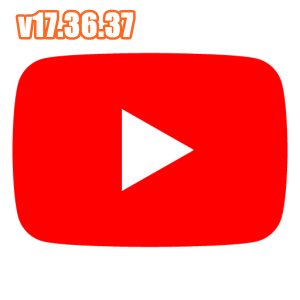 YouTube is an app where you can view videos, subscribe, like videos, make your own videos, stream, premiere and the most exciting part of all, joining memberships.

That’s all I have to say!

But one thing… I have a glitch that if I want place my video in tiny mode, where it’s in the bottom right corner, it automatically switches into portait mode and I can’t change back into landscape until I quit and reneter he window.

Please solve this problem, it upsets me a lot!

Overall it’s a nice experience, and I’ve been really delighted with the app since I began using it many years ago.

However, the recent two weeks, I’ve found that fullscreen movies don’t change to the orientation of my phone.

I don’t have autorotation switched on, thus now fullscreen movies only appear one way, while before they would alter dependent on how I held my phone when in landscape mode.

I truly adore YT and I’ve viewed some pretty incredible videos and I also make as well.

I have a serious problem with that though.

The amount of times I’ll receive an error and not be able to input a specific word and/or type anything at all is INSANE!

Also while I’m on the app ot crashes at least 4 times in that length.

Like, it will freeze and then simply throw me out of the app, it’s annoying but not large.

The primary issue is the comment thing, because that normally lasts a day.

It sometimes shuts off comments for no reason and occasionally, when you put a thumbnail up it doesn’t make it full screen.

Which, in my perspective, is incredibly aggravating.

It does the same with videos as well.

I think sign up is a touch too secure as well.

Then, youtube studio has to be connected with the app…

Those are my biggest difficulties.

Maybe I’ll give it four/five stars if it was a bit different.

Honestly, this software is fantastic!

Been using it for years now and im glad of it, I love youtube!

But ever since I installed an update, something’s a bit off with the ads, im not gonna complain about too much, but whenever an ad comes and I skip it, another ad comes again and i’ll have to wait and re-skip it, I don’t know if it’s a bug or a way to help the content creators, if it’s a bug please do fix it, but if it’s not I guess i’ll just live with it haha.

I have an issue with the recent update.

A button was deleted for no obvious reason and it’s an important one I use every day.

Before, while watching films full screen on landscape on my tablet, there’s always been a small square with a + sign, in the lower left corner near timestamp, the feature enables you to add the video to a playlist or Watch Later.

Please add it back.

I’m a lifelong premium member, I would appreciate it more than you know.

There seems to be a glitch in the app where occasionally the tiny player doesn’t operate.

Like I’ll attempt to swipe down and it doesn’t function, and I have to really hit the keys in order to utilize the tiny player.

And if I’m in a playlist I have to exist the playlist queue and push the arrow to lower the video stream in order to engage miniplayer mode.

Most of the time all videos sorta lags, all videos I play when it happens, I discover a section from the screen lagging and displaying me 2 frames from the previous video, or the played ad immediately before the video.

Another example, when the video resolution is different from the usual, I discover the following video takes the same resolution, and always a portion of the video is taken away so the video appears in the resolution.

This has been happening for a while and I hope you can address it as soon as feasible.

Works great most of the time but I have come across a few issues.

After seeing a Short all subsequent videos become locked in poor quality even with it a set to always be in better quality.

As of the recent version I have also gotten into situations where landscape mode will be stuck looking one way, and not swap over when flipping the phone the other direction.

I can’t remark on advertisements as I use YouTube premium.

When you are watching a video full screen in landscape and try to reduce the movie it used to stay in landscape,but now it instantly goes to portrait so you have to continually be spinning your phone to get it back to landscape.

Also in the videos part of a channel it used to offer an option to sort from oldest to newest and now there’s just popular option which also is annoying if you want to view older videos since you have to scroll all the way down.